How to deal with a train operator and a delay claim 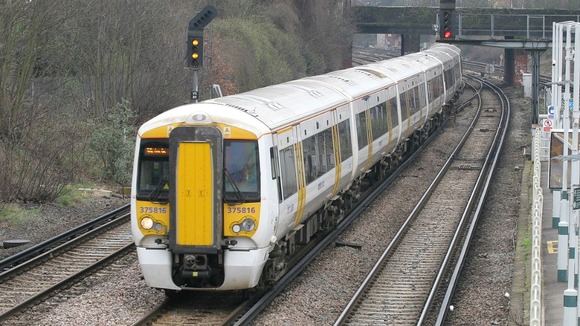 Southeastern trains have made many of my commutes so miserable I just had to get into a fight with them.

In December 2011, I had a rather disturbing experience with Stansted Express that almost made me miss my flight. As the train was late for over 30 minutes, I was entitled to compensation. I sent an e-mail to Greater Anglia, the operator of Stansted Express, and received a reply within a few days, confirming that I am entitled to a compensation and asking for my address. After having sent these details, my compensation cheque arrived, again, within days. The entire matter was solved in less than two weeks.

So you can imagine that I naïvely assumed the same procedure is in place with all train operators. Boy how wrong I was.

On 21 November 2012, my 7:57am Southeastern service was cancelled. The next train arrived almost as scheduled 20 minutes later and was, naturally, packed as hell. And because there were so many people on the train, and so many people tried to board, the train was late for every following station.

I arrived at London Bridge around 8:53 (my Oyster record shows I touched out at 8:56). Having initially supposed to arrive at 8:20, my service was over 30 minutes late and therefore I was entitled to compensation. After having so many issues with Southeastern trains, I made it a principle to claim what is rightfully mine, even though the amount I could possibly claim was around £2. But it was a principle.

Having filled in a feedback form on the Southeastern website, I was still under the impression the entire process is going to be as painless as it was with Greater Anglia. Days passed… More days passed… and about a week after I received an e-mail from the train operator. Very politely they apologised and asked me to send proof of travel. As I’m using a monthly travelcard on my Oyster, I was rather confused—how could I prove I was travelling? So I sent another e-mail through the feedback form and waited another week.

Then finally the day dawned when I got another reply. This time, I was kindly advised to send an Oyster statement which I could get either from the internet (the TfL website), or from an Oyster ticket office. All right. On the TfL website I quickly found that the only way of downloading a statement is a *.csv file. Having downloaded this, I again went on the Southeastern website and this time, as told, filled in the delay repay form, attaching the *.csv file.

Another week passed and voila, another reply popped into my inbox. This time, however, I was yet again told to send proof of travel. Considering I had already sent one, I started to get pissed off. As the only other option on the TfL website was to save the actual *.html file, I did that and attached that to my reply.

At the same time, I was really, really pissed off already. So, as the UN, I sent an angry letter to Southeastern, which I can quote here:

Thank you for your e-mail on 27 December 2012. In the e-mail you asked me to provide the proof of travel to substantiate my compensation claim for the delayed journey on 21 November 2012.

I believe I attached a CSV file to my claim in the first instance. That is the only way TfL’s Oyster online allows me to save a statement. I now also saved an HTML-file of the period when the delayed journey took place. I hope this is sufficient for you to process the claim. It’s attached to this letter. I can’t think of any other means to send you the statement as TfL isn’t very technologically advanced and doesn’t even provide PDF statements, which can be viewed with the use of software as soda pdf online.

However, may I point out that you surely know that the 7:57 journey from New Beckenham on 21 November was delayed by more than 30 minutes, and as you can see from both the CSV statement I sent earlier, and the HTML file I’m attaching now, that I touched my Oyster card in at 7:51 in New Beckenham, and out at 8:56. As the train was supposed to arrive at London Bridge at 8:20, and it takes me about three minutes to walk from the platform to the Oyster gate, it’s pretty clear I experienced a delay of more than 30 minutes.

May I also express my frustration over this claim and the fact that I have to waste my time prove to you that I’m not a camel here. This is the fourth letter I’m sending you regarding this delay, it’s been over a month since I first complained, and all you’ve been able to do so far is jerk me off on this feedback form without even the decency to provide me with a direct e-mail address of a real person who I could interact with directly. I suggest you learn from your colleagues at Greater Anglia where it took me one (yes, *ONE*) e-mail to file a delay claim and a cheque with my compensation was mailed to me within days.

After having sent my rather polite, I think, e-mail, I also decided to write to my MP with pretty much the same contents, leaving out the “jerking off” part and adding my other concerns about the service of Southeastern Railways. Jim Dowd MP, the Member of Parliament for Lewisham West and Penge, was very quick in his reply, telling me that he has forwarded my concerns on to the CEO of Southeastern and the Secretary of State for Transport.

The day after I received Mr Dowd’s reply, Southeastern sent me another e-mail. A very apologetic one, a very polite one, and offering me a whopping £15 compensation. Bear in mind that I was entitled to a £2 compensation, therefore they really went out of their way. I was so positively surprised that I almost forgot that that very morning, my train consisted of five carriages instead of the normal ten and I was lucky enough to squeeze myself in. (Hundreds of people weren’t, though.)

But I have to admit, I’m still very positively surprised. If writing to one’s MP makes such a big difference, then I’m going to do that all the time now! (Sorry, Mr Dowd, you’re now stuck with me.) On the other hand, wouldn’t it have been much easier for Southeastern not to jerk me off on the feedback form and actually check their own records? I mean, if I hadn’t been on the train, how would I know it was late? Not to mention I take the 7:57 service every single weekday.

Today I received another letter from Mr Dowd, enclosed with the reply to him from Southeastern Railways, signed by Mike Gibson, the Public Affairs Officer at Southeastern. Again, a very polite and apologetic letter for which I’m grateful.

All in all, I’m very happy that my delay claim finally got solved, even though I had to bother an MP who’s probably busy without such trivial problems.

In my letter to Mr Dowd I pointed out that in my opinion, Southeastern services are late 60-70% of the time. And by that I mean late, not legally late (which, according to Mr Gibson’s letter, is five minutes after its advertised time). Turns out Mr Gibson wants to dispute that claim, saying:

While in the autumn there were a number of infrastructure related delays outside the train operator’s control, train performance on the Southeastern network has been on an upward curve since we took over the franchise and with a moving annual average of just over 90% is the best since records began in the early 1990s.

Well, I would like to dispute that as my experience says otherwise. And therefore I’m going to keep a commuting diary for a month, starting next Monday, 14 January 2013. I’ll pen down every journey I take, the departure time from New Beckenham and the arrival time in London Bridge, and vice versa.

As I now have Mr Gibson’s e-mail address, I can send my complaints directly to him. And I surely will send him my commuting diary, no matter how it turns out. I mean, it could be he’s right.

Let’s see what the next 30 days bring.